Pawsd A happy and healthy pet starts with a plan!
Return To All Wellness Plan Options
March 24, 2016 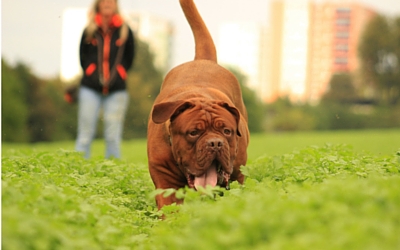 There are many substances around your house that are dangerous and even toxic for dogs to eat or get into.

Below, you’ll find the top 10 household poisons for dogs:

1) Chocolate
Chocolate seem to be the one food everyone knows is bad for dogs. Chocolate contains theobromine, as well as caffeine. Dogs cannot metabolize theobromine and caffeine as well as people can. This makes them more sensitive to the chemicals’ effects. The darker the chocolate is, is the more concentrated the theobromine is, and thus the more toxic it is for dogs. Ingestion in small amounts can cause vomiting and diarrhea, but large amounts can cause seizures and heart arrhythmias.

2) Xylitol
Xylitol is a naturally occurring substance that is widely used as a sugar substitute. Chemically, it is a sugar alcohol, and found naturally in berries, plums, corn, oats, mushrooms, lettuce, trees, and some other fruits. Over recent years, the number and types of products that contain xylitol has greatly increased. Peanut butter is the food you need to watch out for containing xylitol, as it relates to dogs; lots of dogs love peanut butter, and it is a popular treat to put into a Kong, or to make homemade dog treats with. Xylitol is extremely toxic to dogs. Even small amounts of xylitol can cause hypoglycemia (low blood sugar), seizures, liver failure or even death in dogs. When giving your dog any peanut butter, read the label to be sure that it does not contain xylitol!

3) Grapes and raisins
Recently, veterinarians discovered that grapes and raisins can cause kidney failure in dogs. The type of raisins or grapes does not appear to matter, with reported cases of toxicity occurring after dogs have eaten seedless or seeded varieties, commercial or homegrown fruits, red or green grapes, organic or non-organic grapes, and grape pressings from wineries. In fact, even certain types of currants are poisonous also. Foods containing grapes and raisins (such as Raisin Bran®, trail mix, granola mix, baked goods with raisins) are all potential sources of poison! Currently, it is not known why grapes and/or raisins are toxic. Some researchers suspect that a mycotoxin (a toxic substance produced by a fungus or mold) may be the cause. Some suspect a salicylate (aspirin-like) drug may be naturally found in the grape, resulting in decreased blood flow to the kidneys. The most common early symptom of grape or raisin toxicity is vomiting, which is generally seen within 24 hours following ingestion

4) Acetaminophen
For dogs acetaminophen (Tylenol) is toxic (poisonous or deadly)! The toxic amount depends on the weight and health of your dog. The larger the dose ingested, the greater the risk. In dogs, liver damage and dry eye can occur. With very high doses, abnormal red blood cell damage (methemoglobemia) can occur. Relatively small doses (a single pill or even a small piece of a pill) can be toxic or deadly to any animal species.

5) Household paints, art paints, varnish and other decorative/ protective solvents
Pets are naturally curious and may walk through your painting supplies, work area, or a freshly painted surface. Your dog or cat may then ingest a small amount of paint while grooming or licking off paint.

7) Essential oils
Having essential oils around the house as alternative medicines or for air freshening has become very popular. However, many essential oils are poisonous to dogs, to make sure they are out of reach of your pup. Cinnamon, citrus, pennyroyal, peppermint, pine, sweet birch, tea tree, and wintergreen are all poisonous via both ingestion and skin exposure.

8) Plants
Just as there are for humans, there are many plants that are toxic to dogs. Mistletoe, Narcissi, daffodils, hemlock, English ivy, autumn crocuses, lilies, tulips, and hyacinths are just the beginning of dangerous plants for dogs.

9) Pyrethrin insecticides
Home and outdoor yard and garden insecticides (these typically come in liquids, sprays and foggers), as well as over-the-counter medical flea shampoos, Topical flea and tick preventatives, are all dangerous to dogs. Symptoms will usually develop within the first hour after ingestion, and may include any or all of the following mild signs: excessive drooling (from licking the bitter product), gagging or hacking, vomiting, lack of appetite, agitation, and tremors or shaking. Signs of a dermal (skin) reaction to a pyrethrin or pyrethroid for a dog can develop within 15 minutes to several hours after exposure, and include the following signs: agitation or restlessness, intense itchiness often described as rolling around on their backs or trying to bite at their backs), and vocalization.

10) Antifreeze
Ethylene glycol, a sweet-tasting, odorless liquid, is the active ingredient in most automotive antifreeze products. Dogs may be attracted to ethylene glycol by its sweet taste. Many animals will voluntarily drink ethylene glycol if antifreeze is spilled or leaks onto garage floors or driveways. Ethylene glycol has a very narrow margin of safety – which means only a tiny amount can result in severe poisoning. As little as half a teaspoon per pound of a dog’s body weight can result in fatality. Signs of early poisoning include acting drunk or uncoordinated, excessive thirst, and lethargy. While signs may seem to improve after eight to twelve hours, internal damage is actually worsening, and crystals develop in the kidneys resulting in acute kidney failure.